The Tatar-Bashkurt Association incorporated the Tatar-Bashkurt Ethnic School into its activities with a view to providing education in language, religion, history, culture and traditions to Tatar children and teaching them to respect their cultural identity.

The beginning of the Tatar Sunday Ethnic School goes back to November 1981. The school was established at the residence of Mr. And Mrs. Latif and Suyungul Chanisheff at Maylands. Both Mr. And Mrs. Chanisheff, who were community-orientated and always caring for others, considered the importance of providing young children and youth with education in their mother tongue and religion and so opened their house for this purpose on Sundays. At this school, Tatar, Uighur and Uzbek children who came from Eastern Turkistan formed two classes and Imam Ahmed Skaka taught Islam to them.

This school was the first step in paving the way for these groups to get together under one roof, helping each other not only to settle smoothly into this new country, but also to preserve their language, religion, culture and traditions.

Day-long classes allowed children, youth and parents to find time to meet and see each other, improve their social life and create a happy environment.

Mr. and Mrs. Latif and Suyungul Chanisheff tirelessly opened their house every Sunday for the school, welcomed everyone and cooked meals, thereby creating a suitable environment for learning. “As a student who attended this school, I want to express my sincere thanks to them. May Allah bless them! Amin!” said Aysha Maski.

This school continued for more than a year at their residence. However, Mr. and Mrs. Latif and Suyungul Chanisheff had to move to Naracoorte, South Australia, because of Mr. Chanisheff’s work commitments. The school then moved to premises at Trinity Gardens Primary School and continued to teach children under the guidance of Imam Ahmed Skaka.

The late Mr. Azrail Abid was greatly impressed by this unique school and its program, and became a great source of support and strength for the school. As a result of his personal investigations and efforts, the Tatar Ethnic School became a member of South Australia’s Ethnic Schools Association in 1986. May Allah bless him! Amin!

The principal belief of the Association is that all individuals have the right to maintain, develop, express and share their cultural heritage and all are equally entitled to participate in and benefit from the activities of ethnic schools.

All ethnic schools work to sustain and develop the languages and cultures of Australian communities. They provide a focus for their communities and foster a sense of identity among Australians of all cultural backgrounds. Most importantly, ethnic schools promote cohesion within the diversity of this multicultural society.[1]

The Ethnic Schools Board was established in 1989 under Section 10 of the Education Act 1972.

The day-to-day work of the Board is aimed at directly assisting and supporting ethnic schools in developing and delivering quality and effective language and cultural programs within a safe, organised and accountable environment. In addition, the Board provides the means for ethnic school authorities to celebrate and promote the learning of their students, thereby contributing to the maintenance and development of their background languages and consolidation of pride in their cultural and linguistic identity.[2] 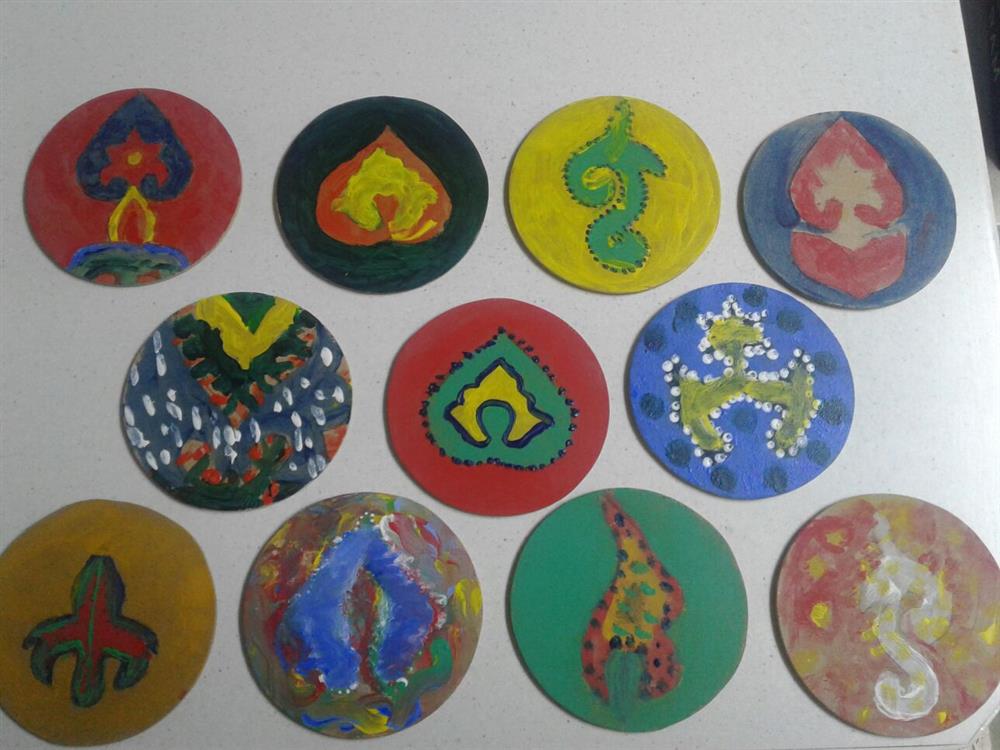 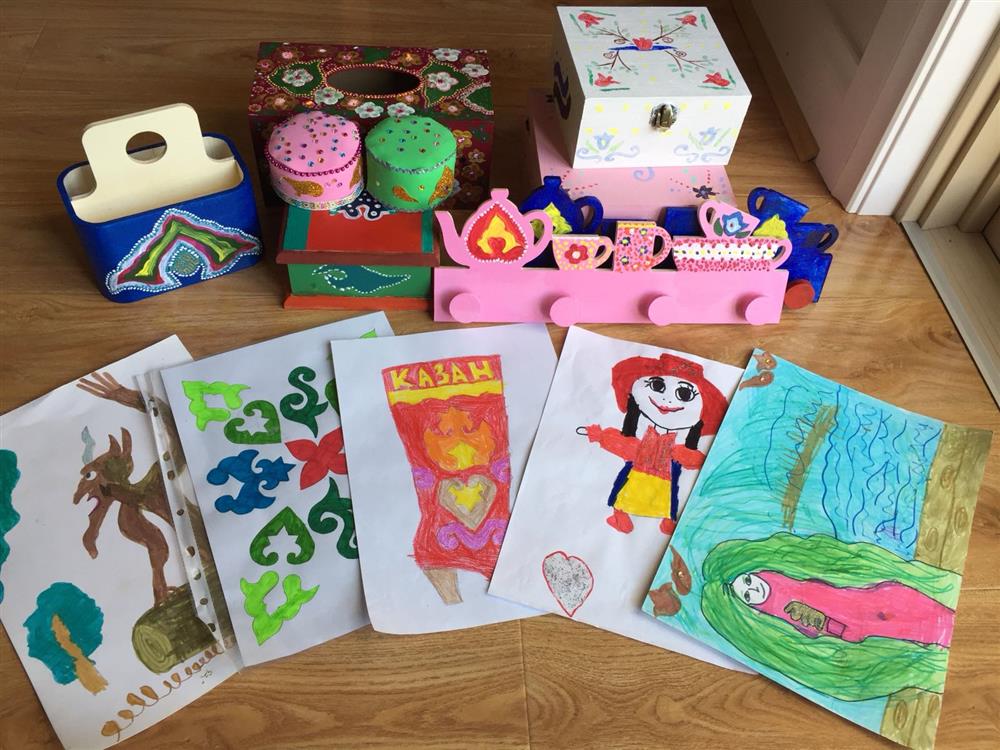 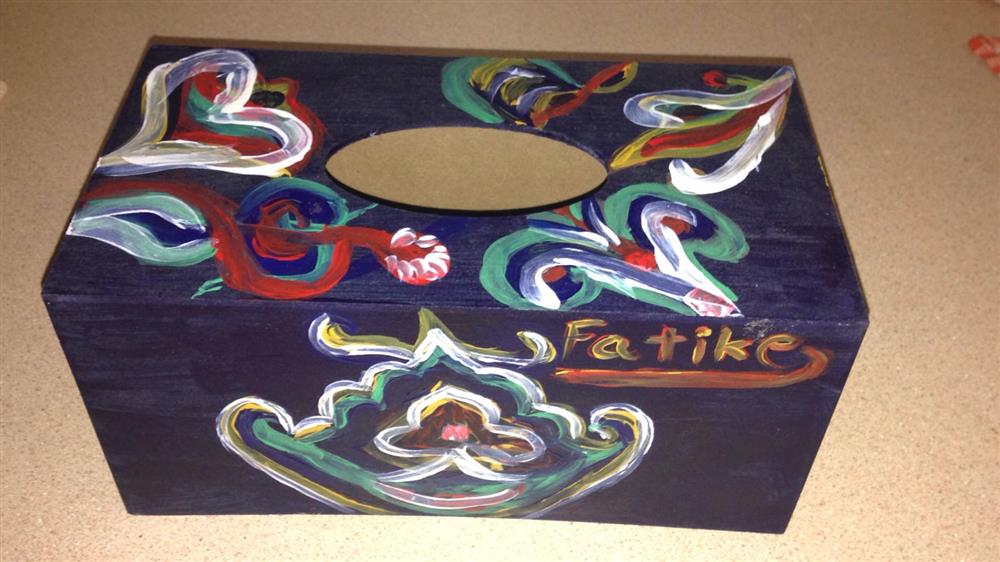 As a result of the multicultural policies of the South Australian Government, there are now 96 ethnic school authorities teaching 49 different languages. Our school is among them.

Teaching of the Tatar language formally started at the Tatar Ethnic School in a classroom hired from Holden Hill Primary School in 1986. The role of principal was jointly performed by Mrs. Suyungul Chanisheff and Mr. Ahat Aytuvar, while Mrs. Saniya Valiyff, Ms. Musharraf Valiyff and Mr. Ahmat Igamberdi became teachers. Islamic lessons were conducted at the Marion Mosque.

As a result of increased numbers of immigrants from Eastern Turkistan (Xinjiang), the Uighur and Uzbek students separated from the Tatar Ethnic School and started to attend their own ethnic schools in 1992.

In 1991, due to the distances students had to travel, the Tatar Ethnic School started to teach at two different localities. The school acquired the new name of the Northfield Tatar Ethnic School, acting under the guidance of Ms. Musharraf Valiyff, and classes were conducted at the premises of Northfield Primary School. Ms. Musharraf Valiyff became principle, Mr. Ziya Maski became Secretary/Treasurer and Mrs. Aysha Maski became a teacher. The teachers and administrators of the school provided their services for the benefit of the community for free on a voluntary basis for many years. Students have achieved noticeable outcomes as a result of teachers and parents working closely together.

The children born in Australia grew up with a strong affection for their cultural heritage, showing their culture and artistic prowess to the Australian public and proudly introducing the Tatar community. Their performance of Tatar folk dances at Children’s Day celebrations in 1992 drew the attention of the wider community and they performed at Channel 7’s studios in Gilberton. They were also invited to the annual general meeting of the Migrant Resource Centre and Centrelink for special performances and received rewards for their efforts.

In achieving these results, mothers such as Mrs. Saniya Valiyff and Mrs. Firdause Sadri deserve recognition of their considerable involvement and tireless help to the teachers. Their efforts are still being recognised and respected by the children who attended the Tatar Ethnic School since its inception. In 1997, the ethnic school changed its name to the Tatar-Bashkurt Ethnic School, in line with changes to the association’s name.

“In our school, through a proper planning, we not only taught the language, culture and history, but utilised knowledge of individuals such as Suha Hanim and Imams from mosques to deliver Islamic studies and Grandmother Fatima Valiyff for teaching good manners,”said Aysha Maski. Special help was also provided in science subjects. Between 2000 and 2001, Mrs. Giffet Valiyff and Mrs. Aysha Maski assisted children in learning mathematics. This assistance led to some Tatar youth gaining successful entry into the University. At this school, besides teaching language, religion, culture and history, teachers, parents and grandparents taught students about Tatar songs and folkdances and recited Tatar poetry. At specially organised poetry recital nights, at Bairams (Eids) and other various gatherings, children recited poetry and performed folkdances.

Between 2007 and 2011, the school’s folk group “Shatleq” (“Happiness”) performed Tatar folkdances at many schools, Song of the Spirit-Refugee Week Concert at Her Majesty’s Theatre and annual City-to-Bay events. The children provided brief introductory information about the Tatar people and recited poems prior to their performances at many of these events. Parents wearing their national costumes accompanied their children to various activities and supported children in their efforts to promote their Tatar cultural heritage among other cultures.

Thanks to Allah (SWT), firstly for Allah (SWT)’s help and secondly for the help and support of the hard-working parents and tireless efforts of the teachers, the Tatar-Bashkurt Ethnic School has continued its activities without any cessation. Teachers at this school dedicated valuable time from their busy schedule for the development of Tatar children and taught them language, religion and culture on a voluntary basis on the weekends. Ms. Musharraf Valiyff and Mrs. Aysha Maski have been actively involved in administration and teaching roles at the Tatar-Bashkurt Ethnic School for 25 years and 19 years, respectively. Since 2008, through the direct efforts of Mrs. Dilere Valieva, Mrs. Gulfiya Valiyff, Mrs Guzal Valiyff and Mrs. Ildana Abasi helping with teaching at school, participation in various cultural activities has continued and is still continuing today. At this school, we are now starting to see the children of earlier students who attended the Tatar Ethnic School many years ago.

God willing, the next generation, regardless of their situation, will work hard and allow the school to continue teaching children Tatar language, Islamic faith, Tatar culture, Tatar traditions and good manners. Thus, with Allah’s permission we will achieve salvation in both worlds. Amin!